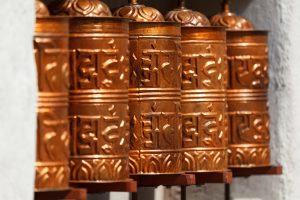 Much is made of the Prajñāpāramitā in Mahayana Buddhism. The Suttas are held in very high regard. As a Theravadin, I am not entirely sure how to approach the documents, or whether I actually should. Prajñāpāramitā refers to a method of seeing reality how it actually is and refers to concepts of the Bodhisattva, which plays no part in the Theravadin thought as far as I am aware.

Yet these documents purport to record the words of the Lord Buddha, so should they be ignored by us? Just because they do not fall within the Pali Cannon, should we ignore them? This is a question I have held in mind for some considerable time, and I still don’t have an answer.

When They Were Written 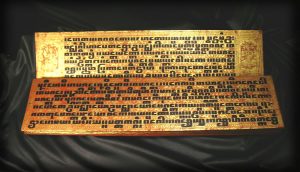 According to Edward Conze the texts comprise some forty or so documents written between 100 BC and AD 600 so they are not recordings that could be considered ‘close’ to the source. They may well be adaptations based on earlier writings and recordings that have seen the effect of ‘Chinese whispers’. This may seem harsh, but they may also be perfectly genuine, so they demand an investigation.

Prajñāpāramitā is a joint Sanskrit word, Prajñā (wisdom) and Pāramitā (perfection). So the collection of texts that make up this body of teaching is commonly known as the Perfection of Wisdom teachings. I guess the reason that the Theravada school does not pay too much attention to them is that they are written in Sanskrit and not Pali. I have a slightly more open and investigative mind; which could lead me into trouble; but I have to know… I have to find out. If there is knowledge out there then I want to know it. 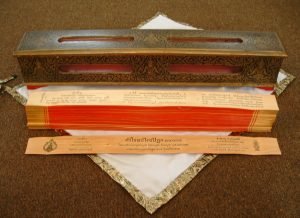 To restrict oneself to a particular corpus of text can sometimes lead oneself to limiting your view on life. I have read the Bible… several versions… and the different translations lead to different views on what the text is trying to get across. Obviously the best way to read the texts is to read them in their original language. Unfortunately my ancient Greek and Hebrew is as lacking as my Pali and Sanskrit, so I have to rely on the English translations to guide me. So what should I do? Limit myself to the Pali Cannon, or delve into the Sanskrit realms of the Mahayana Suttas?

I guess there really is no harm in reading other traditions texts, but if you are to follow a path, then you really should stay on it. The trouble I have, is that I find the little offshoots too interesting to ignore. So long as they do not distract me too much then I guess there is no harm, but if they lead me too far astray and I forget my daily practice, then that is where the danger lies, and I may fall foul of Samsara (as usual!) and Maya!

Do I include the Prajñāpāramitā literature in the library? This site is technically a Theravadin site, so I shouldn’t really, but then if I don’t, that may well limit the number of people interested in becoming Buddhist who visit here and hopefully learn something. The Prajñāpāramitā literature is, after all, the apparent recorded word of the Buddha, albeit from a later view-point.

Sitting here, I can see my site suddenly blossoming into something that takes all paths into consideration, even Pure Land, and I am not entirely sure I want that to happen, but this is the Buddha I am talking about, and anything he said is vital to the world.

At least that is the way I see it.

So, I am going to cogitate for a while. I believe I have some of the required texts available for distribution but I am not certain. Neither am I certain that I should put them up. But leave it with me and I’ll let you know in a later post.

Until then, May all Beings Find what They Need and Live in Peace.

This site uses Akismet to reduce spam. Learn how your comment data is processed.